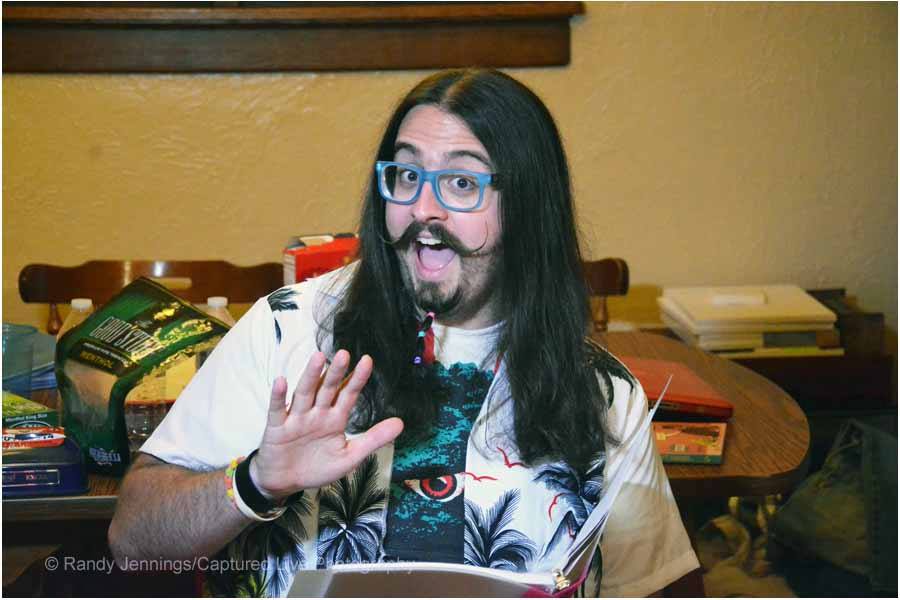 One of Dayton’s most charismatic film producers, Henrique Couto has produced and  directed 13 feature length films.  You might want to check out Awkward Thanksgiving before you spend the holiday with your relatives.  A Bulldog for Christmas might just be the right film to help you find holiday spirit.

His first Western film,  Calamity Jane’s Revenge debuted a couple of months ago and he’s now busy working on a romantic comedy about romantic comedies, “Making Out. ”

Henrique took a time out from making movies to answer some questions for FilmDayton:

What give you the drive to make films?

I am inspired by movies, cinema was my first love. When I grew up my first friends were movies, I love telling a story that can make you identify with the characters. I love when a character in a movie reminds you of yourself or a loved one. Those things make me want to tell more stories than I think I have time for in a single lifetime.

What have you learned about making films:
The amount of lessons I have learned in ten years of filmmaker are staggering, but the number 1 thing without a doubt is to FEED EVERYONE ON TIME. After that I would say my best lesson has been the never give up.

What would you tell student who want to make films? My advice to future filmmakers is similar to the two biggest lessons I’ve learned. Feed your cast and crew, and NEVER give up. Resilience is as valuable as talent is, so keep plugging away until your movie is made.

How do you get the funds to make movies?

The financing for my films have come from a lot of different places. Some of my films are financed by distributors, that’s how I made Babysitter Massacre, Scarewaves, and Haunted House on Sorority Row. Some have been financed through deals with producing partners, but the vast majority have been financed out of my own pocket as my experience and expertise has grown. On very special projects we’ve done crowdfunding campaigns, that’s how we did Awkward Thanksgiving and the fourth coming Making Out.

Where can we find your films?

The majority of my films have gotten national and international releases, you can find them on Amazon, or at FYE/Suncoast stores, they are also available to rent on Video-on-Demand services nationwide.

Here’s a sneak peek of the trailer for the film he’s working on now:

When the film is complete, which he hopes will be sometime around Valentines Day  it will premiere at the By-Jo Theatre in Germantown, and Henrique hopes he’ll  see lots of film lovers there!