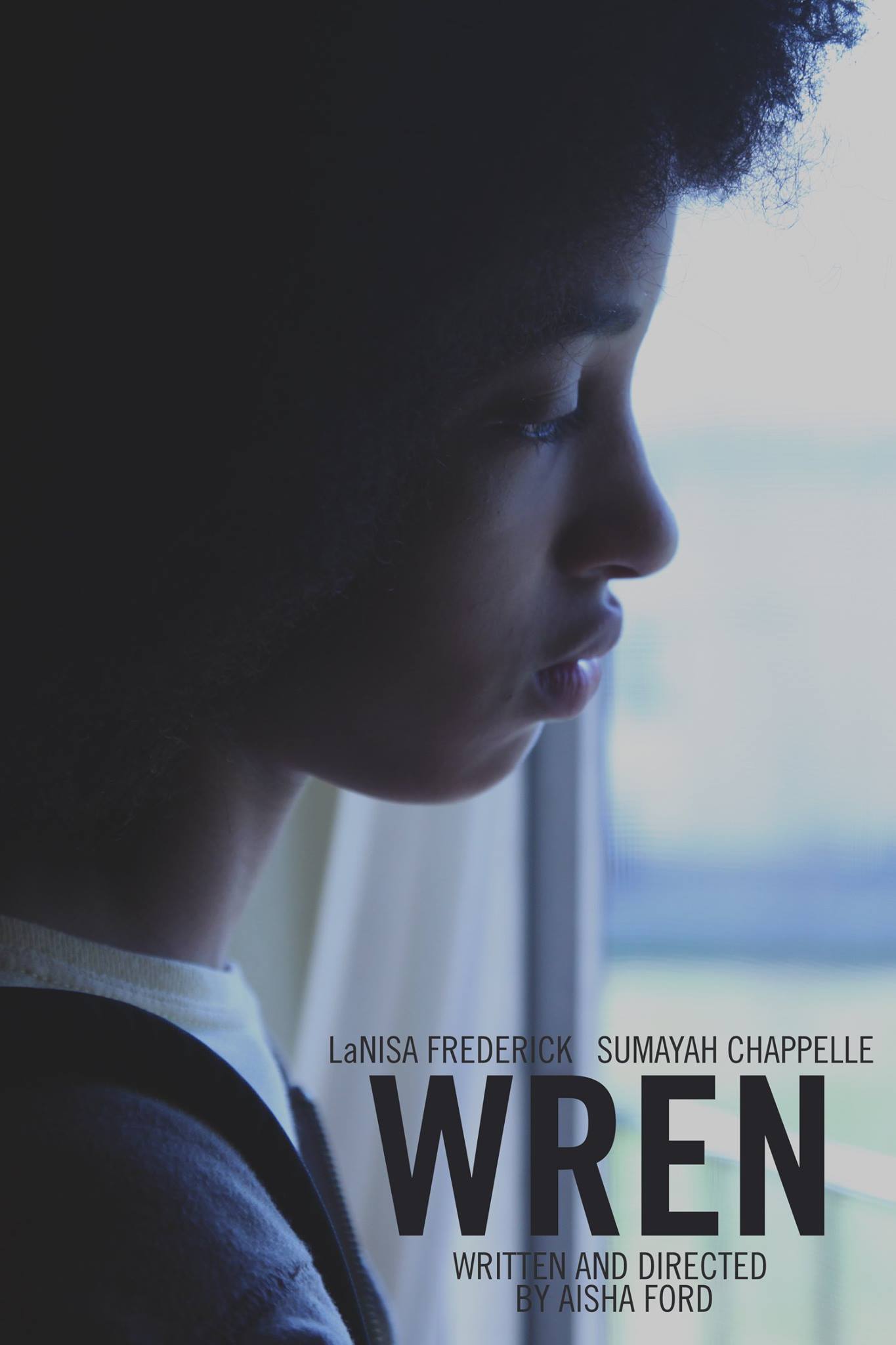 Sometime you see a film and you wonder where the inspiration for the story came from.  And then there are times you see a film and it sparks a memory.  This past fall I was one of hundreds in the audience of the Renaissance Auditorium at the Dayton Art Institute for the annual Big Lens Film Festival, watching the premieres of the films by the students of the WSU Motion Picture program.  One short film, WREN,  was about a teenage girl dealing with the reappearance of her drug addicted mother in her life.  This film really moved me with it’s honesty and  when I got home that night I googled the writer/director Aisha Ford and found a newspaper story about Aisha and her family:

Ford, a junior majoring in film studies at Wright State University, has a life story to tell that she isn’t afraid to share.

She’s spoken out for Linda Vista, a program for women and children victimized by abuse that helped her family transition from homelessness, and may turn her story into a documentary.

Born in Cincinnati, Aisha was left with her siblings and father while still in grade school when her mother — who had custody of the children — moved to Dayton. “Our dad was abusive to Mom, so she left,” said Aisha.

Homeless, she went to the Dayton YWCA’s shelter for abused women. “She also had a drug problem, and the shelter made her deal with that and got her into a program.”

The full story came be read on the Dayton Daily News website.

I had read this story when in came out in 2014 and remembered that Aisha had said she hoped to write a movie about her life.  There’s no doubt that Aisha’s life experiences helped make WREN feel authentic and powerful.  And now after it’s Dayton debut, WREN has just been selected to screen at the 6th Annual Charlotte Black Film Festival this April.  We asked Aisha to answer a few questions for us:

How do you think your life experiences added to your story? AF: My experience added a lot to this film. It helped me write a story that I believe is more compelling to my heart.

Has your family seen your film?  What were there reactions?

AF: Yes! My family has seen WREN. Believe it or not they were the first people I let watch my first draft lol. In the end they loved the final draft. The only issue, which my mother brought up, is that she felt it needed a happy ending.

Being accepted into your first festival is Huge!  Congrats!  Can you tell us what your reaction was to the news?

AF: I was very excited!  I was on my way home when I was informed by the good news by email. I was actually kind of afraid to read it so I skimmed down until I saw the word congratulations. The first thing I did was thank the lord.

Will you be attending the Charlotte Black Film Festival?

AF: Yes, I will be attending the festival April 6th-10th.

Knowing you’ll be graduating soon, what are you plans for after school?

AF: To attend more school lol. Honestly, I am going to go to graduate school and major in writing  and directing.

What do you think is the best lesson you’ve learned from WSU film school?

AF: The best lesson I’ve learned at WSU is to keep crafting your talent. No matter what keep trying because in the end you’ll be helping yourself.

You’ll also have a chance to see Aisha’s film WREN at the upcoming Dayton Women’s Festival celebration of  local women filmmakers in honor of Women’s History Month  at The Neon on March 21st.